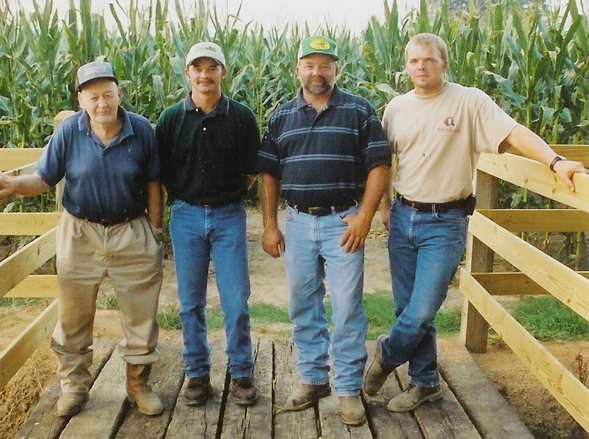 A Brief History of Carlton Farms

The story starts in 1919 when our family purchased what would become Carlton Farms. For years, it was a diversified farm - as they all were in that era. A few crops and a few animals worked in symbiosis. Organic was the only option at the time, as GMO's were unheard of, and the USDA wasn't demanding that farmers plant corn, soybeans & wheat from fence-line to fence-line.

In 1946, brothers Louie and Bob Carlton returned home from the Navy where they had served in World War II. The family milk cow was becoming a thing of the past after the war, as many people moved into cities. This caused a bloom in dairies operating across the countryside, inspiring the brothers to start a dairy on the family farm. They would both put in long hours to get their dairy off the ground, starting off with a herd of Brown Swiss cattle. Soon they realized the farm could only support one family. Louie and Bob resolved the issue by coming to an agreement - they would both apply for employment at the newly opened Lockheed Plant in Marietta, and whoever was offered the job first would take it, leaving the other to stay on the farm. As fate would have it, Louie ran a successful dairy for the next 50 years while Bob began a career at Lockheed, eventually retiring from there.

Initially Louie delivered milk locally, until creameries developed and changed his strategy. Creameries provided a place where dairymen could take their milk to sell it wholesale. In our mind, this was the beginning of a slippery slope for American agriculture. Since that time, farmers would begin to become further and further removed from their consumers. Read more..

During the time Louie ran the dairy, there were some highs and lows as there would be in any life and business. His wife, Mildred, became ill and eventually succumbed to cancer. Following her passing, portions of the farm were sold to pay remaining medical bills. On a brighter note, their children and grandchildren were blessed with the ability to grow up on the farm. While many decided to pursue other ventures in adulthood, Louie's oldest son, Bobby, spent his life operating the family dairy. Bobby, wife Gayla, and their children; Chad, Brad, and Brooke; are currently involved in the day to day operation of the dairy.

The last 20 years saw a decrease of dairies across the southeast due to low milk prices and high feed costs. It would have been no different for Carlton Farms if it weren't for the hard-headedness of those involved. With Chad finishing his college degree in Animal Science from Berry College, and Brad with a Dairy Management degree from Utah State, the dairy needed to profit now more than ever with more family members returning to live on the farm. Agri-tourism was starting to become popular for family outings in the fall, and after some discussion it was decided to begin providing field trips, hay rides, and a corn maze to local schools and weekend visitors. Though it was successful, it still wasn't enough, and in the end selling the cows was the only option that made sense. That was the direction that Carlton Farms was headed, until fall of 2005. September of that year, a homeschool group was on a field trip at Carlton Farms, where a lady in the group pulled Chad to the side and asked the seemingly innocent question:

"Have ya'll ever thought about selling raw milk?"

To which Chad's response was, "Ma'am, to my knowledge that's illegal." The nice lady nodded her head, realizing Chad's ignorance on the subject of raw milk. She pulled a small piece of paper from her purse and wrote down: Weston A. Price, Pet Milk, and Cow Shares. Handing the paper to Chad, she encouraged him to do some research on what she had written down. Little did she know, she changed the direction of Carlton Farms forever. The research was done, and the Carlton's decided to jump into the "raw milk for pets" market.

The first gallon of Carlton Farms raw milk for pets was sold on March 3rd, 2006, to none other than the lady who started that conversation in September. Since that time, the farm has welcomed the addition of several milking cows, 4000 laying hens for egg production, numerous beef cows, pigs, and turkeys. 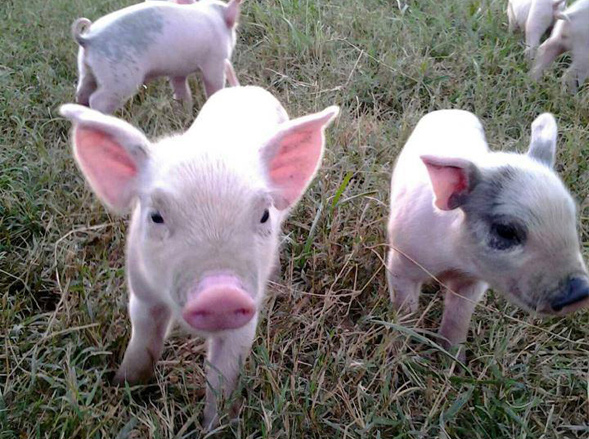 This delivery truck is empty.
Start adding some amazing products!

We Don't Deliver To Your Area

We Deliver To Your Area

To create your account and begin placing orders click continue. Or you can return to the market to browse our products.

Choose the distance you want to search for a pickup location:

Would you like to remove this recurring item from just this delivery or all future deliveries?

There is no Checkout or Submit button to finalize your delivery. These items will be delivered unless removed. Enjoy!